SENT WITH THE SENDER 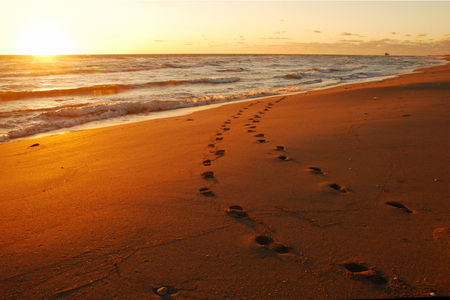 We have a tendency to think about our calling this way: we believe we have been given new life to live for the glory of God and the good of others, having been sent by the Sender into this world. All this is true, but it does not contain the whole truth. That is because we are not only sent by the Sender into this world as His witnesses, but we are sent with the Sender too! I hope to encourage you with that truth today.

Today’s verse is from the account of God sending Moses back to Egypt to command Pharaoh to let the Israelites go from their bondage. Moses needed to know that God would be with him because he was fearful. He was fearful of Pharaoh. He was fearful of his inadequacies. He was fearful to return to the place where he had murdered the Egyptian forty years earlier. Fear had Moses paralyzed, so God told Moses he was not only being sent, but the One who was sending Him was going with him too. And the same is true for each one of us today.

We can be assured that the Eternal One is with us during every eternal errand we go on. God would no more send you out into this world alone to do the work of expanding His kingdom than He would send Moses to go alone. God knew what Moses would have to deal with, and He knew Moses could not deal with it in his own strength. God sent Moses, and Moses knew he was going in the strength of the Almighty.

And yet God is not satisfied with that first level of knowing. He told Moses that He Himself would be with Moses on this mission of redemption. Think about it this way: we not only have His power when we are sent out in service to our Lord, we have His presence too. To be sent with the Sender is to be sent with the assurance that we simply cannot fail. No weapon formed by Pharaoh or his sorcerers or his army could stop Moses from completing his calling as the deliverer of Israel. And no weapon formed by the world, the flesh, or the devil can stop you from completing your calling either.

So what kind of people should we be, knowing that we will never be alone in our ministry of service to God? We should be fearless, regardless of what we are facing, because we are not only sent by the Sender, we are sent with the Sender too.

God made this promise to Moses, and the Lord Jesus Christ made the very same promise to you and me. After uttering the Great Commission, which sends us out into the world to make disciples of all the nations, He who is the Alpha and the Omega, the First and the Last, the Beginning and the End, assured us:

“Surely I am with you always, to the very end of the age.”