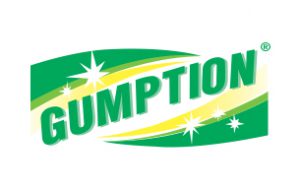 As the time approached for him to be taken up to heaven, Jesus resolutely set out for Jerusalem. (Luke 9:51)

When was the last time you heard the word “gumption”? (In case you were wondering, it has nothing to do with the Forrest Gump movie.) I am absolutely convinced we need more gumption in the church today. That’s right, more godly gumption. Gumption is the spirited initiative or resourcefulness to confidently move in the direction God is calling, even when we do not know where He is leading.

I hope you’ll be encouraged today by taking a look at just a few of the heroes we meet in the pages of the Bible—sinners like you and me who nonetheless demonstrated godly gumption for the purpose and glory of God.

Abraham had godly gumption. God called Abraham out of his home, away from his people, and beyond the borders of his country to an unknown destination. And so, at the ripe “young” age of 75, Abraham packed up and set out with his wife Sarah and his nephew Lot, ready to journey wherever God would lead them. The church needs more Abraham-like godly gumption.

Joseph had godly gumption. Joseph was sold into slavery by his jealous brothers and brought down into Egypt. Joseph served Potiphar, who was one of Pharaoh’s officials. Joseph served so faithfully and well that Potiphar put Joseph in charge of his entire household. But then Potiphar’s wife maliciously and falsely accused Joseph of attempting to seduce her, and Joseph was thrown into prison. But Joseph kept right on serving in excellence and once again proved himself to be a man of excellent character. Eventually he rose all the way to the position of prime minister of Egypt. Joseph demonstrated godly gumption in his rise from the pit to the palace and in all points in between. The church needs more Joseph-like godly gumption.

Esther had godly gumption. As a young Jewish woman living in exile during the Persian diaspora, Esther’s beauty and gracious behavior paved the way for her to become the queen of the Persian empire. While queen, she was made aware of Haman’s terrible plot to exterminate the Jewish people. Esther demonstrated godly gumption when she approached the king uninvited, which put her own life at risk, in order to expose Haman’s wicked, self-serving scheme. The king received Esther and ordered Haman to be executed. The Jewish people were saved. The church needs more Esther-like godly gumption . . . for such a time as this.

The Bible is full of examples of those who lived lives of godly gumption for the glory of God. Of course, there is no example greater than the one set by our Lord Jesus Christ. Every step He took was on purpose as He made His way toward Golgotha and the cross. When He set His face toward Jerusalem, nothing would keep Him from His intended destination. This was godly gumption of the highest level!

I heard the voice of the Lord saying, “Whom shall I send? And who will go for us?”