The Blessing of The Blocked Way 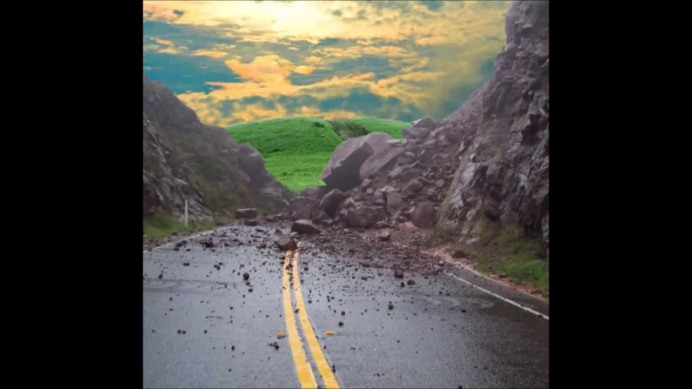 God has blocked my way with a high stone wall. (Lamentations 3:9)

How we love to proceed unhindered from point A to point B in our daily pursuits! So how is it possible that there is a blessing to be found when the way we are attempting to travel is blocked? When God blocks the way in which we are going, we can be assured that He has ordained a special blessing for us by sending us in another direction.

One thing we can be sure of: God did not block the way because He means us harm, nor does He intend to weaken our witness. On the contrary, the blocked way is delivered to us by our loving heavenly Father, who is calling us to trust Him even when we cannot trace Him. The blocked way is designed to direct us in a new direction that God wants us to travel, one which will be for His greater glory and our greater good. The Bible is full of examples of the blessing of the blocked way, but perhaps none is better than the account of Saul on the road to Damascus.

Saul was in hot pursuit of those who were followers of the Way, “breathing out murderous threats against the Lord’s disciples,” (Acts 9:1), and seeking to arrest and imprison any that he found. He requested letters to take to the synagogues in Damascus to get assistance in arresting Christians, both men and women, with the goal of bringing them back to Jerusalem in chains. But God had another plan for Saul.

As he was approaching Damascus on this mission, a light from heaven suddenly shone down around him. He fell to the ground and heard a voice saying to him, “Saul! Saul! Why are you persecuting me?” (Acts 9:3-4)

Jesus blocked Saul’s way to Damascus because He had a much better way for Saul to travel. After receiving a divine healing from his brief bout of blindness, Saul began to go into the synagogues, preaching that Jesus is the Son of God. The blessing of the blocked way turned Saul the persecutor into Paul the preacher, who penned almost half of the New Testament. Saul had his own plans for his life, but God sovereignly directed every one of his steps (Proverbs 16:9).

And the same is true for you. The blessing of the blocked way simply cannot be overstated. Regardless of where this message finds you today, if God has blocked the way before you, you can trust that He has a better way for you to go! God formed you and shaped you; He knows you intimately, even numbering the hairs on your head. He knows exactly what you need and when you need it. He is calling you into His perfect plan for your imperfect life—and, more often than not, that plan will include a few “detours” along the way.

Remember, the blessing of the blocked way will only be realized when you get to the other side of it. So, don’t give up and don’t give in!