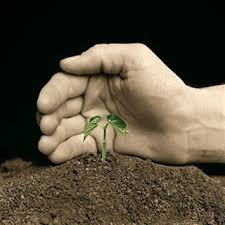 The following night the Lord stood near Paul and said, “Take courage! As you have testified about me in Jerusalem, so you must also testify in Rome.”(Acts 23:11)

I have a word of tremendous comfort for you today, which is rooted in the passage from which our verse was taken. We read in the book of Acts that the apostle Paul was in harm’s way after having confronted the hypocrisy of the Jewish religious leaders. The uproar was so furious that the Roman guard took Paul away and put him into their barracks for his own protection. While some of the religious leaders were plotting to kill Paul, the Lord Himself appeared to Paul and told Paul that he was, in a word, untouchable because God was not finished with him yet.

And the same is true for you and me! The Bible makes it clear that we are all “immortal” until our work is done. God’s purposes will be accomplished, and nothing and no one can stand in His way. It mattered not that the corrupt religious leaders had conspired to kill the apostle Paul. In fact, Scripture tells us that “more than forty men were involved in this plot” (Acts 23:13), but forty men were no match for God because God was not finished with Paul yet. The whole world could have taken its stand against Paul, but it would have been impotent to do anything to him while Omnipotence had more work for Paul to do.

Make no mistake, when your work for the Lord is done, He will usher you into His eternal presence along with all the saints of God. But that will not happen one moment before you have completed your assignment here on earth. So, as the angel of the Lord said to Paul, Take courage! . . . because God is not finished with you yet. As an ambassador of the Almighty, your safe passage is guaranteed while you are fulfilling your service for your Savior.

As a disciple of Jesus, you have been called to testify to the truth. Every child of God has been given the assignment of participating in the expansion of the kingdom of God. Is there anything keeping you from fulfilling your calling? Remember, the Lord is standing right by your side every step of the way into glory. He has promised never to leave you nor forsake you. So be at peace as you participate in the greatest work on this side of the grave: witnessing to Jesus Christ.

Let this truth sink in and ultimately set you free: He who began a good work in you will bring it to completion, regardless of the cost or circumstances you face. You can count on that truth as absolute certainty, because greater is He who is in you than the one who is in this world. No weapon formed against you will keep you from finishing the work God has set before you, because under the care of the Almighty, you are UNTOUCHABLE!