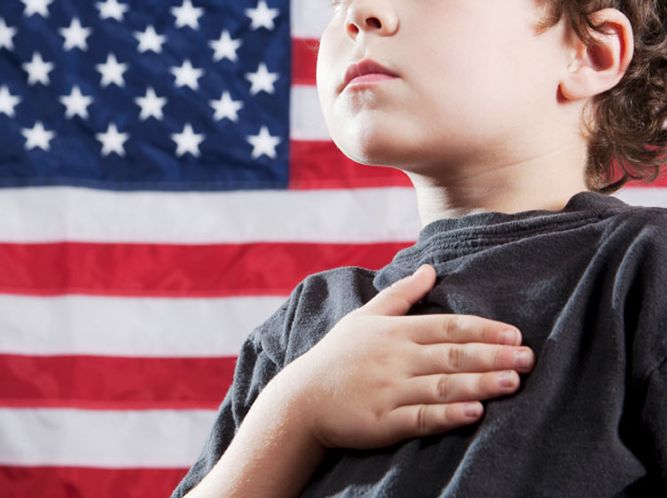 Yesterday at Cross Community Church, we opened services with our First Annual Patriotic Special to praise God and thank our armed forces for safeguarding the freedom we enjoy each day. Mrs. Sharon Griffin played a patriotic prelude; Mac McConnell performed Patrick Henry’s gripping “Give me liberty or give me death!” speech; and then our first-ever choir, which was trained by Meg Carter and Brock Boland, sang the anthems for the five branches of our military and closed with America The Beautiful. It was a stirring celebration, and I can’t wait to do it again next year!

Tomorrow is the Fourth of July—a day for food, fellowship, and fireworks. But for American Christians, it is a time for so much more. It is a day to reflect on the fact that we are a nation that was founded on, rooted in, and established by Christian principles.

Don’t take my word for it; listen to these voices from history:

It is the duty of all nations to acknowledge the providence of Almighty God, to obey His will, to be grateful for His benefits, and humbly to implore His protection and favor.  George Washington

No nation has ever existed or been governed without religion. Nor can be. The Christian religion is the best religion that has been given to man and I, as Chief Magistrate of this nation, am bound to give it the sanction of my example.  Thomas Jefferson

Regardless of what we hear our politicians saying today, supported by the liberal media and the revisionists of history, our great nation was founded on Christian principles and the freedom to worship the God who is—the God of Abraham, Isaac, and Jacob, the God of revelation—not the god of our own imagination.

In 1853, the Judiciary Committee of the US House of Representatives released the following statement:

Had the people, during the Revolution, had a suspicion of any attempt to war against Christianity, that Revolution would have been strangled in its cradle. At the time of the adoption of the Constitution and the amendments, the universal sentiment was that Christianity should be encouraged, not any one sect [denomination]. Any attempt to level and discard all religion would have been viewed with universal indignation. . . . In this age there can be no substitute for Christianity; that, in its general principles, is the great conservative element on which we must rely for the purity and permanence of free institutions.

It has been proven beyond a shadow of a doubt that, while not every one of our founding fathers was a confessing Christian, the vast majority of them not only pledged allegiance to the flag of the United States of America, but also to their faith in the Lord Jesus Christ as the Savior of the world. They echoed the inspired and infallible words of the apostle Paul:

I have been crucified with Christ and I no longer live, but Christ lives in me. The life I live in the body, I live by faith in the Son of God who loved me and gave himself for me. (Galatians 2:20)

Patrick Henry himself, that thunderous orator of the American Revolution, included these words in his last will and testament:

This is all the inheritance I can give my dear family. The religion of Christ can give them one which will make them rich indeed.

That, beloved, is to be the confession of the lives of all those Christians who pledge allegiance to the flag of the United States and every other Christian around the world, regardless of what flag they salute.

Tomorrow, on the day that we in the United States of America commemorate the adoption of the Declaration of Independence on July 4, 1776, declaring independence from the Kingdom of Great Britain, let us meditate on our declaration of dependence upon our Lord and Savior Jesus Christ and His sovereign rule in our lives. Jesus is to be our first priority in both life and death. He is our safety in the storm. He is our peace in times of trouble. He is our portion in times of need. He is to be our All in all.

There is no greater declaration for the Christian to make and honor than the one made to the King of kings and the Lord of lords. When we declare that we are His, we declare that we are no longer our own. We have been bought at a price no man can measure. The very Son of God was crucified and nailed to a dirty tree, hung between two thieves to pay the penalty for every one of our sins—past, present, and still to come. We are His, and no other’s, and He will tolerate no rival!

So as you prepare to enjoy your July 4th celebrations tomorrow, please pause to remember and give thanks to the One who purchased your independence from the kingdom of the prince of this world. He has brought you out of darkness and into His marvelous light, to remain with Him forever and ever, world without end. By God’s grace, may we live lives that confess both our pledge of allegiance to the flag of the United States of America and to our triune God in heaven: Father, Son, and Holy Spirit.