Inspired By The Invisible 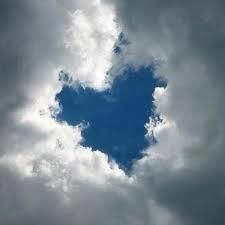 By faith Abraham, when called to go to a place he would later receive as his inheritance, obeyed and went, even though he did not know where he was going. By faith he made his home in the promised land like a stranger in a foreign country; he lived in tents, as did Isaac and Jacob, who were heirs with him of the same promise. For he was looking forward to the city with foundations, whose architect and builder is God.  (Hebrews 11:8-10)

May this passage serve as a source of great encouragement to you today, regardless of where this message finds you.

Abraham had no idea where he was going, but he knew Who was calling him, so he went by faith, “longing for a better country—a heavenly one” (Hebrews 11:16). Abraham was inspired by the invisible! Can the same be said about you?

As disciples of Christ, we are to set our hearts on things above, not things below (Colossians 3:2). We are not to long for the temporal realm of this world, because everything in this world is passing away. Everything in the visible world is in the process of decay . . . and that includes you and me.

That is why we are to be inspired by the invisible! To be sure, we must live in the now, but we hold loosely to everything we have been given. There should be no “white-knuckle” grip by the children of God on the things of this world. Think about it this way: if you live long enough, everything you have will be taken away from you. Whether it breaks down or is given to someone else, everything visible, since the fall in the Garden of Eden, is destined to deteriorate.

Christian, there is so much more to life than what you see! Abraham knew this truth by faith, so he went where God was calling him, longing for the invisible Celestial City that was his promised inheritance. And it is your promised inheritance also! How instructive it is to read from the inspired pen of the apostle Paul in 1 Corinthians 13 that the three things that remain have nothing to do with the stuff of this physical world; these are:

Faith, hope, and love are the foundational pillars of the city whose architect and builder is God. If we are disciples of Christ, we must always keep the invisible in view; when we do, we will be good stewards of all that we have been given in the visible world.