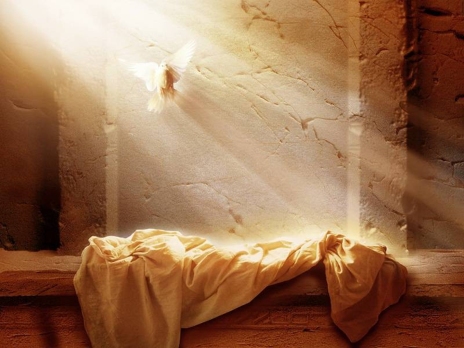 This is the final article in our series on Jesus, the True Overcomer. I’ve stated that we are often urged to be overcomers ourselves; in order to do that, we must first fix our gaze on the One who overcame our sin, our unbelief, and even death itself. On Monday we discussed the first pillar of The True Overcomer: the active obedience Jesus displayed in His life. On Wednesday we examined the second pillar: the passive obedience He demonstrated in His death. Today we will look at the third and final pillar of the True Overcomer: the resurrection of Jesus Christ.

The angel said to the woman, “Do not be afraid, for I know that you are looking for Jesus, who was crucified. He is not here; he has risen, just as he said. Come and see the place where he lay.” (Matthew 28:5-6)

Job asked one of the most profound questions that can ever asked: “If someone dies, will they live again?” (Job 14:14). The answer to that suffering saint’s question is a resounding “Yes,” and the resurrection of our Lord Jesus Christ is indisputable proof. It is God’s stamp of approval on both the active and passive obedience of His Beloved Son. The Father demonstrated that He fully accepted the atoning sacrifice of the Son. And because the Son was raised from the dead, all those who have, by grace through faith, placed their trust in Jesus Christ will be raised from the dead as well.

Jesus said, “I am the resurrection and the life. The one who believes in me will live, even though they die; and whoever lives by believing in me will never die.” (John 11:25-26)

This is the fifth of Jesus’ seven great “I AM” statements recorded in the gospel of John, all of which point to the deity of Jesus Christ. Jesus was asserting that He has the power of both life and death. Jesus not only gives us life; He IS our life. Jesus not only gives us the resurrection; He IS our resurrection. By believing in Jesus Christ, we have life in His name. The resurrection of Jesus is the final, ultimate proof of His assurance in John 16:33—“Take heart! I have overcome the world.”

The German Jewish scholar Pinchas Lapide once said this:

Let me close out this week of eternal encouragement about Jesus, the only True Overcomer the world has ever seen, with these words:

Jesus entered this world through a door marked

And exited this world through a door marked

One response to “The True Overcomer – Part III”