NEVER JUDGE A BOOK BY ITS COVER! 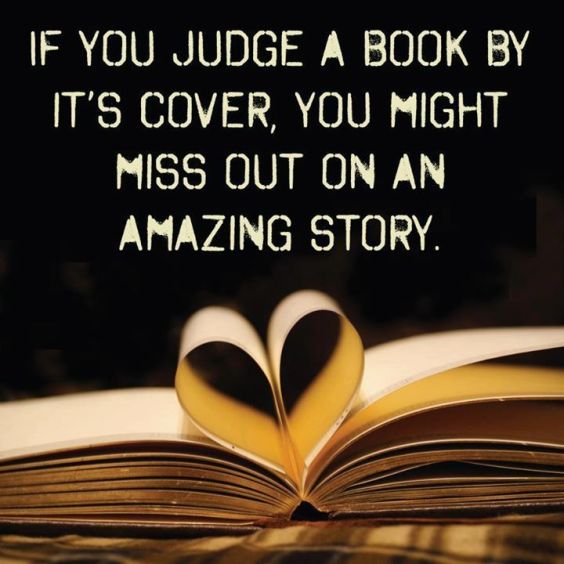 We have all heard the phrase “Never judge a book by its cover.” This old English idiom warns us not to make value judgments about something or someone based merely on its outward appearance.

Today I’d like to share some great news for those of us who may not look quite as slim, athletic, or attractive as we did in our early adult years:

The Lord said to Samuel, “Do not consider his appearance of his height, for I have rejected him. The Lord does not look at the things man looks at. Man looks at the outward appearance, but the Lord looks at the heart.”

God sent the prophet Samuel to Jesse of Bethlehem to anoint one of Jesse’s sons as the new king of Israel who would replace King Saul. The problem, however, was that Samuel was judging the “book” by its cover. Jesse’s son Eliab was tall, dark, and handsome, so Samuel assumed he would be God’s choice for king. But God made it clear to Samuel then, and to you and me today, that He never judges any of us by the way we look on the outside. That is the way of sinful man. God looks beyond the outer appearance to the beating of the heart.

What has your heart been beating for lately?

God bypassed the likely candidate for king (“likely” based on human standards) and instead chose the lowly shepherd boy David. God knew that David was a man after God’s own heart. That doesn’t mean that David’s heart always beat for God alone. We all remember his horrible sin with Bathsheba and how his adultery led ultimately to murder. It wasn’t until God sent the prophet Nathan to rebuke David that he came to his senses. God does not expect perfection from us on this side of the grave. But what He does expect—indeed, what He commands—is a heart that primarily beats for Him, even though it will beat for things smaller than Him at times.

God looks at our hearts, not our height. For God, what is on the inside matters most. Remember, only God knows what is going on inside of us. God knows what we desire most in this life, what treasures we are seeking.

Remember what Jesus said in the Sermon on the Mount: “Seek first His kingdom and His righteousness.” Our first priority in this life must be Jesus and the expansion of His kingdom. When our heart is beating for Jesus, it is beating in a way that glorifies God and benefits all whom we come in contact with.

Remember, God never judges a book by its cover . . . and we shouldn’t either!