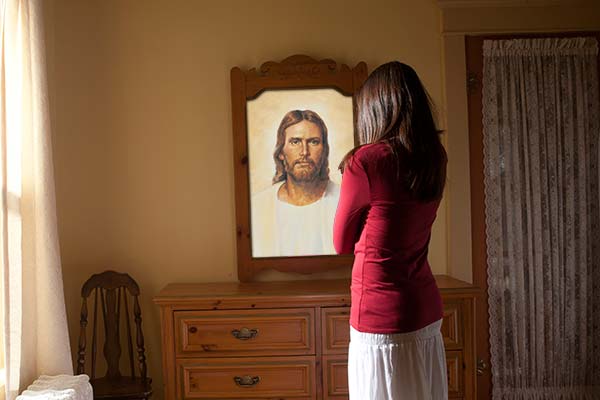 Perhaps you have heard the phrase, “You were born an original . . . don’t die a copy!” Today I want to encourage you with the biblical truth that you were born a copy, and the ultimate goal for our lives is to die looking as much like the original as possible.

God created man in his own image, in the image of God he created him; male and female he created them. (Genesis 1:27)

Each man, woman and child is unique, born as “originals” compared to every other person ever born. At the same time, however, we all are created in the image of God. We are “copies” of our Creator, and our deep desire should be to live in such a way as to reflect this truth for all the world to see.

Basically, the purpose of an “image” is to image! We are made in the image of God, so we are to image (that is, reflect the likeness of) the One who made us, so that the world will be filled with pictures pointing to the Lord who created us.

Bring my sons from afar and my daughters from the ends of the earth—everyone who is called by my name, whom I created for my glory, whom I formed and made. (Isaiah 43:6-7)

In all of the created order, only man is made in the image of God. A tree is a tree; a turtle is a turtle; a mountain is a mountain. But humans are image-bearers of the Creator; as such, we are to live lives that glorify God.

Adam and Eve did this perfectly in the Garden of Eden. They walked and talked with God in the cool of the day and cared for that which had been placed under their care. They reflected their Creator perfectly . . . until they decided that they wanted to be gods. We see immediately after the fall just how distorted that image became. Adam and Eve were suddenly filled with terror and they fled and tried to hide from God.

That’s the bad news. The image of God inside every person has been marred. We have “exchanged the glory of the immortal God for images resembling mortal man” (Romans 1:23). The good news is that though image has been disfigured, it has not been destroyed. We are still image-bearers of God, and the way we choose to live our lives will either bring glory to our Creator . . . or not. Every day those of us who have placed our trust in Jesus Christ have a choice: will we live for our Creator or for created things?

So . . . knowing that you have been born a copy of your Creator, will you die as one? Life is brief. We are all dying at the rate of 60 minutes an hour. With the little bit of time we have left on this earth, what better way could we live than to live for the glory of the One who created us?

Christian, the God of the universe predestined you to be conformed to the likeness of His Son, that He might be the firstborn among many brothers and sisters (Romans 8:28). That is the call that has been placed on our lives. So then, let us strive to live in such a way that we die as copies of Christ!

I’d like to close with a quote from an old friend of Cross Community Church, “the prince of preachers,” Charles Haddon Spurgeon:

Never belie thy profession. Be thou ever one of those whose manners are Christian, whose speech is like the Nazarene, whose conduct and conversation are so redolent of heaven, that all who see you may know that you are the Savior’s, recognizing in you His features of love and His countenance of holiness. “I am a Roman!” was of old a reason for integrity; far more, then, let it be your argument for holiness, “I am Christ’s!”