LOOKING THROUGH THE LENS OF LESS THAN THE LEAST 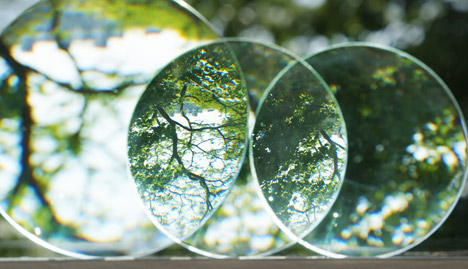 What lens do you use to look at your life? The apostle Paul has given us a set of lenses that will help us clearly see the key to living a life that truly matters:

Although I am less than the least of all God’s people, this grace was given me: to preach to the Gentiles the unsearchable riches of Christ . . . (Ephesians 3:8)

Paul understood that the call God placed in his life had absolutely nothing to do with him. God did not call Paul because of who Paul was, but because of what God had determined to do through him. And because Paul saw himself for who he was—“less than the least of all God’s people”—God could use him to expand the cause of His kingdom without Paul getting in the way and messing it up!

You see, when we realize everything we have been called by God to do is simply a result of the grace that has been given to us, we are able to see ourselves through the lens of less than the least. I find it remarkable how Jesus led Paul on a divine descent that dismantled all personal pride and self-righteousness that would have limited Paul’s ability to serve his Savior.

I am the least of the apostles and do not even deserve to be called an apostle, because I persecuted the church of God. (1 Corinthians 15:9)

Paul began by looking at himself through the lens of “the least of the apostles.” A prideful man, walking in his own strength and not God’s, might well have said, “I most certainly am not least!” After all, Paul was personally called into ministry by the resurrected Lord, which certainly put him in a special and unique category. But Paul took no pride in his exceptional circumstances, any more than he took pride in his religious pedigree. All these things he counted as “rubbish,” Paul wrote, “compared to the surpassing greatness of knowing Christ Jesus my Lord.” (You can read Paul’s remarkable denunciation of all his personal accomplishments in Philippians 3:4-9.)

In fact, as we’ve already seen, Paul widened his vision even further by looking at himself through the lens of “less than the least of all God’s people.” But he did not stop even there! There is one final destination on his divine descent, one that you and I must reach if we are going to maximize our service to our Savior:

Christ Jesus came into the world to save sinners—of whom I am the chief.

So . . . what lens have you been looking through lately? If it is anything other than the lens of the least, it is the wrong lens!