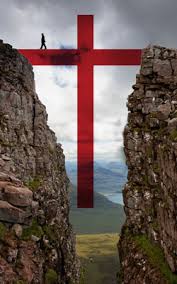 By nature, we all like the security of certainty. Yet uncertainty and risk are simply parts of our existence on this earth. In the face of this truth, we can be unshakable in uncertainty if we keep our focus on Christ and not our circumstances. Let’s take a look.

Esther sent this reply to Mordecai: “Go, gather together all the Jews who are in Susa, and fast for me. Do not eat or drink for three days, night or day. I and my maids will fast as you do. When this is done, I will go to the king, even though it is against the law. And if I perish, I perish.” (Esther 4:15-16)

In saying “If I perish, I perish,” Esther was making it clear she was uncertain of the outcome of going to plead to the king on behalf of her people. She knew that Persian law made it clear that anyone who approached the king without being summoned could be put to death. Yet she was unshakable in uncertainty, because of the certainty she had in her God. Esther trusted in whatever outcome God would deliver to her, because she knew she was doing God’s will.

Shadrach, Meshach and Abednego replied to the king, “O Nebuchadnezzar, we do not need to defend ourselves before you in this matter. If we are thrown into the blazing furnace, the God we serve is able to save us from it, and he will rescue us from your hand, O king. But even if he does not, we want you to know, O king, that we will not serve your gods or worship the image of gold you have set up.” (Daniel 3:16-18)

Here we have another incredible example of being unshakable in uncertainty. The Jewish people were in exile in Babylon under the reign of Nebuchadnezzar. The king set up an enormous statue of gold and required all the people to bow before it when the trumpets sounded. When Shadrach, Meshach, and Abednego refused to bow before the statue, Nebuchadnezzar threatened to throw them into the fiery furnace for their disobedience. Notice what the three young Jewish men said: “The God we serve is able to save us . . . but even if he does not, we will not bow to your image of gold.” They knew God could save them, but they weren’t certain God would save them. Yet they remained unshakable in uncertainty.

We all face great uncertainty in this life. But just like Esther, Shadrach, Meshach, and Abednego, we can remain unshakable in uncertainty if we fix our eyes on the Author and Perfecter of our faith, the Lord Jesus Christ.

So . . . are you facing any particular uncertainty today in your personal life? Perhaps in your professional life? Are you asking for divine deliverance in some particular area? You can be sure that, regardless of the outcome, God is always working toward two great ends: His glory and your good!